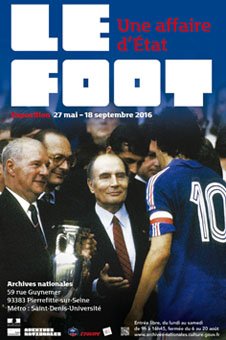 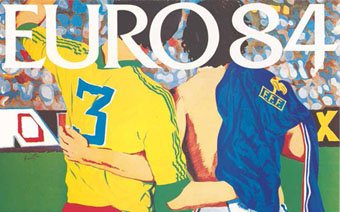 With EURO 2016 coming up, a large number of events will relate to one of the greatest competitions in the world. The “Archives Nationales” in Pierrefitte (metro line 13) is holding an exhibition presenting the world of football from a different perspective: “Football, a state of matter.”

Derived from Medieval ball games, the modern game of football was born in the mid 19th century in England. A popular sport, football has become universal, organized around a central institution, FIFA, and international competitions.
Although England invented the game, France developed its structure and created FIFA in 1904, the World Cup in 1930 and the first European Nations Cup in 1960.
Ever since the first World Cup held in 1930 in Uruguay, each major tournament has had a significant impact on the host country. But beyond the investment of the state in great construction works, the exhibition highlights how the little history of football remains closely linked to “History”, magnifying national passions. Football has become a “state matter” and at times a stage for political interests.
Totalitarianism, decolonization, empowerment of women, rule of capitalism, globalization and demand for local and national identities, have deeply marked the evolution of the sport.

From anecdotes revealing how the World Cup trophy was stolen in London in 1966, to historic matters and more contemporary issues, this exhibition will be presented in English by a certified tour guide.

Getting there
Metro : Ligne 13, Saint-Denis - Université