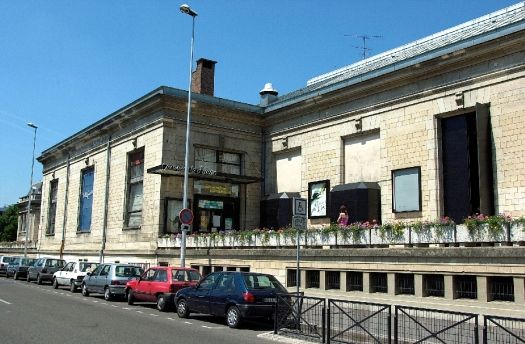 The Théâtre de la Commune located in the city of Aubervilliers develops each year the common thread that had been chosen to exalt his public through various scene staging artists and shows from all horizons. And the theater also features a bar for those who want to extends and develop happy moments full of emotion thanks to specific performances of «Liquides & Solides» offering “carte blanche” and slams sessions at the end of shows.

Théâtre de la Commune Aubervilliers was created in 1965 thanks to the enthusiasm of two Frenchmen: Jack Ralite, the deputy mayor of the town and Gabriel Garran, a stage director. This renowned theater artist became director of the theater he created for more than 20 years. He was also the founding-father of the “Théâtre international de la langue française” (TILF). It was formerly a city hall and then a show-venue, Théâtre de la Commune, the first permanent theater in the north east suburbs of Paris, became Centre Dramatique National in 1971. A few years later, the Théâtre Gérard Philipe and the New Theater de Montreuil were also promoted to the ranks of Centre Dramatique National. In 1974, various refurbishment works were done to change the theater and its facilities particularly with the creation of a second hall and the facade was equally transformed.  The theater of Aubervilliers was refurbished  in 1998 and 1999 with new renovations.

In 1985, Alfredo Arias and his theater company "groupe TSE" moved into Théâtre de la Commune. The company presented both contemporary and classic creations not forgetting the much appreciated music-hall parodies. Actress, stage director, Pandora company founder, Brigitte Jacques succeeded him in 1991. She continued to discover and work on contemporary plays while presenting revisited classical ones and she also developed shows for the younger audiences.

From 1997, Théâtre de la Commune was directed by the stage director, theater and cinema actor Didier Bezace. The theater is now directed by Marie-José Malis and offers a growing audience shows that are largely applauded by the media and those in the theater and cinema profession (2 Molières and 2 prix de la Critique 2005). Each year a different theme is chosen to establish a program for the general public through different works.

The Théâtre de la Commune is located opposite to L'Embarcadère.