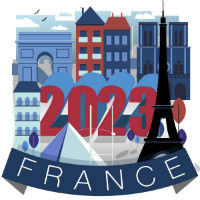 France has been designated as the host country for the 2023 Rugby World Cup in London on November 15, 2017. This is the second time that France will host the Rugby World Cup, after being host country in 2007. One year before the 2024 Paris Olympic Games, the oval ball festival will allow the best rugby teams from the northern and southern hemispheres to compete in the Webb Ellis Cup on French soil: South Africa, England, Argentina, Australia, France Ireland, New Zealand, Wales and many others.

Ten matches will take place at the Stade de France, including the opening match, two quarter-finals, the two semi-finals and the final of the tournament. 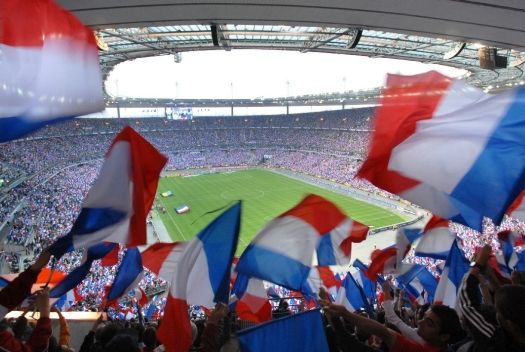 The ticket desk for the competition is not yet open... opening planned to reserve your tickets in March 2021. The Rugby World Cup competitions will be held between September 8 and October 21, 2023. The number of qualified teams and the exact schedule of the competition are not known for the moment. The format (groups, knockout matches) has not yet been announced.

The draw took place on December 14, 2020 in Paris, at the Palais Brongniart. The teams are divided into five hats with four teams.

Taking into account the impact of Covid-19 on international rugby matches in 2020, and to be fair to the qualified teams, the Rugby World Cup Board decided that the world ranking as of January 1st, 2020 would be used to distribute the five hats.

The matches at the Stade de France

The French team will play against...

Book my hotel room either near the Stade de France, or in Paris center, near the Paris train station with the RER train that will drop you off a few minutes from the Stadium.

How do I get to the Stadium by public transportation, where are the parking lots?

Tip: it will be very difficult to get to the Stade de France by car (crowds, security zone where parking will be prohibited, etc.); think "public transportation" (RER, metro, tramway) instead. The latter will have adjusted schedules.

France will host the Rugby League World Cup in 2025. Nearly 40 cities will host the 128 matches. Only the semi-final and the final will be held in a big stadium or arena, so we will have to wait until the end of 2022 to know more about the selected cities.

Four disciplines will be represented: men's and women's competitions, wheelchair rugby and youth.

France is at the origin of the competition and hosted the first edition in 1954 and a second one in 1972. It has been more than 50 years that France is waiting for the return of this mach... "at home".

Rugby is a sport that is very popular in England, Australia and New Zealand. The World Cup is held every 4 to 5 years and Australia is the last holder of the title.