What to do and see in Paris 19th district ?

What to see in la Villette ?

The district of La Villette in Paris is articulated around the Basin and the park.

From the Rotonde Stalingrad to the Parc de La Villette, the Bassin de La Villette is a very popular place to walk. Many bars and restaurants are located near the Basin. Families come to enjoy the children's games and the areas dedicated to petanque and mölky. In summer, festivals light up la Villette with L'été du Canal and Paris Plages.

Several cultural and festive places are made available near La Villette and in Pantin: km25, Jardin 21...

From the Parc de la Villette, near the metro line 7 Porte de La Villette, science awaits you at the Cité des Sciences et de l'Industrie de Paris with many activities, permanent and temporary exhibitions for the whole family.

The park of La Villette is located at the confluence of the canals of Paris. From La Villette you can discover the Ourcq canal, the Saint-Denis canal and the Saint-Martin canal near the Paris 10th.

The Ourcq bike path that runs along the basin of La Villette crosses the park and leads you along the canal from Paris to Pantin and beyond where you will find cultural places such as La Prairie, the Oasis Doremi as well as bars and restaurants.

The Saint-Denis canal can also be visited on foot, by bike or by boat in direction of the Stade de France.

The canals of Paris can be explored by boat with cruises organized by several cruise companies. In summer, l'été du Canal organizes many cruises, shuttles and even floating concerts. 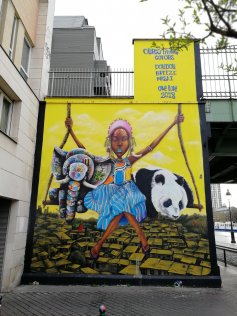 The Saint-Denis canal also has its street art route: the Street Art Avenue is enriched each year with new street art frescos.

The 19th arrondissement of Paris has three major panoramas: the Buttes-Chaumont park, the Butte Bergeyre located next door and the Butte du chapeau rouge park located near the Pré Saint-Gervais town.

The 19th arrondissement has small village-like neighborhoods with cobblestone streets and villas, such as the bucolic Mouzaia. From the Butte du Chapeau Rouge you can enjoy a beautiful view of the north-east of Paris. From this park you can take a walk in Paris, in the Pré-Saint-Gervais and in Les Lilas to feel this village atmosphere.

The Buttes-Chaumont park is a must-see in the 19th arrondissement of Paris. It is essential to take a walk in these pleasant alleys. Explore the waterfalls and artificial caves, climb to the top for the view, cross the suspension bridge for the thrill and why not take a break on the lawns. 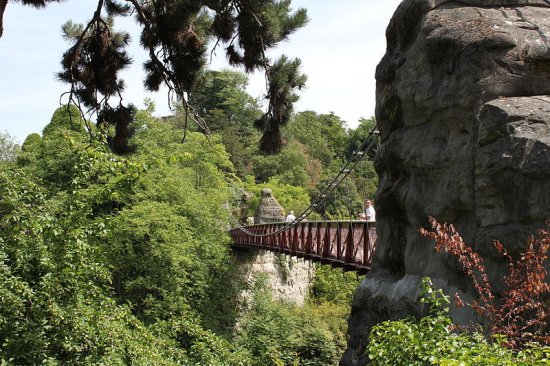 Check out our list of hotels in Pairs 19e arrondissement or discover other districts :  Montmatre off the beaten track, walking tour of Belleville Paris, visit of the Paris indian neighborhoods, visit Paris in 4 days.